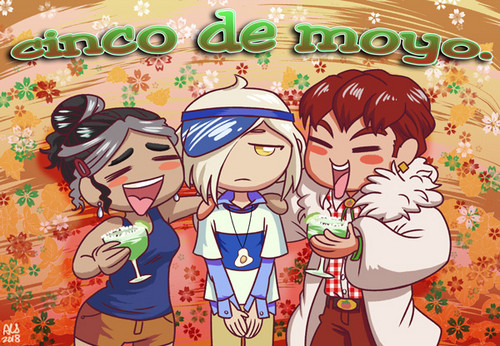 Hi everyone! Happy Cinco de Mayo! Or as we call it around here... Cinco de Moyo??? I hope you enjoyed an elote today... with lots of mayonnaise. :D

I'm proud to announce that version 1.0 of the demo is finally done! Keywords here being "of the demo" - the full version is still  ways off. But this demo finally includes everything that I initially wanted to be included in it, but didn't have the time to finish for NaNoRenO.

Here's a list of all the new additions and changes!

1. A brand new GUI! That's right, the Ren'Py default is gone. Big thanks to Mizu, who I commissioned to make the GUI for me. She did an incredible job, and she saved  me all  the time it would've taken for me to figure out how to do it on my own. That means I can focus my time and effort on the final version. 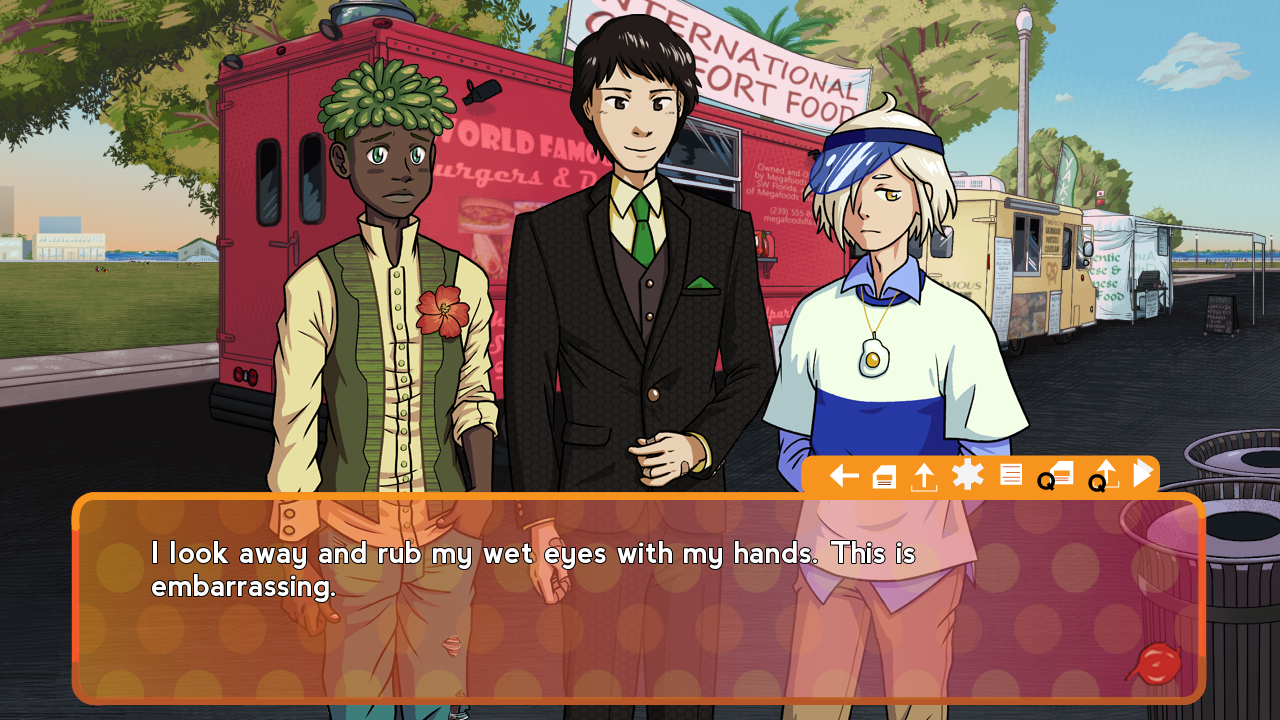 Here's a screenshot, but I encourage you to check the full UI out in the game!

2. Sho's talksprite has been updated! During NaNoRenO, Sho's talksprite was the last one I drew and colored. At the time, I wasn't very happy with how it was coming out, but I had already redrawn it several times and I knew I'd have to invest more time into it to get it how I wanted it to look. So due to the time crunch, I settled on his old sprite and told myself I'd perfect it later. 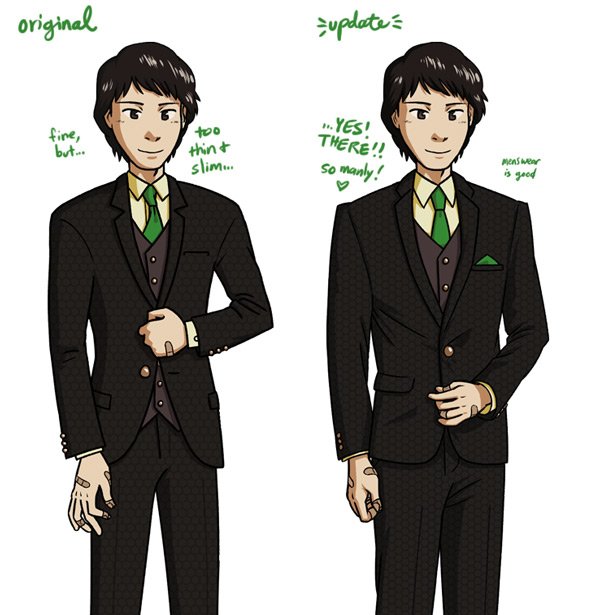 That time is now! I think his new sprite looks much better. Sorry to anyone who might like the old one more, but this is closer to the image of Sho I had envisioned from the beginning. I hope everyone likes it!

3. One choice removed, a new choice added! Thanks to the folks who filled out the demo survey, I discovered that everyone (literally 100% at the time I'm writing this) chose to make the secret sauce in the scene where Piper is eating dinner. I... did not expect that, but it seems obvious now in hindsight. There's something childishly fun about mixing a bunch of condiments together and making a "secret sauce," so of course everyone would pick that!

But if everyone naturally picks the same choice, I feel like it renders itself moot.  It doesn't affect the story and it's only there to let the player gain romance points for when the game branches into routes. And when I thought about it, the choice was disconnected from the characters and didn't make any sense as a choice that affected which route you got. So I chose to remove it and add a different choice into the game - one that made more sense in the story. I encourage you to go find it in the demo if you're interested! ^_^

4. Improved backgrounds! The day and sunset backgrounds for Piper's truck and the Megafoods trucks have been improved. Specifically, I extended them on the sides and now they don't look so zoomed-in on the trucks. Long story short, this is another tweak I'd wanted to do back during NaNoRenO, but I didn't have time.

5. Small tweaks and changes to the script. There's a few small changes to grammar and wording here and there. I don't think anyone would've noticed but I might as well mention it.

I wish this could have been a more substantial update with more content for the game itself, but all of this stuff was necessary housekeeping tasks - especially the UI! If you have any feedback about the updated stuff please let me know! ^_^

With that out of the way, here's a brief report on how the progress of the game is going!

For the first couple weeks after NaNo, I took a break from the game. I began to plan and write the routes themselves about two weeks ago. I decided to write Sho's route first because I had the strongest, most solid idea in my head for him. At the moment his route is about 75% planned and 15% written. I estimate that I'll need to make talksprites for 4 additional characters and draw at least 4 new backgrounds. And then, of course, an undecided number of CG illustrations.

I think each route will be at least as long as the pre-branch story is, which the demo covers. Best case scenario, I can finish each route in the same time it took me to do the demo. Six routes times one month equals six months to finish the game. But, that's just the best case scenario - I don't think I can go at the same pace I went at for NaNo for six months straight. I might be able to do one route every 6 weeks or 2 months or something like that.

So the point is, the full game won't be coming out any earlier than six months from now. More likely, it'll be closer to the end of the year or even next spring. And of course, when it comes to game dev, it's always possible (or even likely) that a project will get delayed for various reasons.

I'd still really like to finish Saucy Suitors by the end of the year, though, so I'm going to try my hardest without going insane. :D

Thanks for reading and playing Saucy Suitors! I don't know when my next update will be. What kind of stuff would you like to see me show off in devlogs? WIPs? Finished sprites?